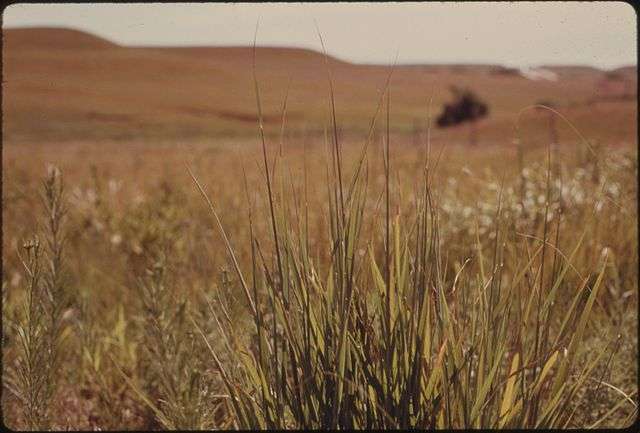 Drought: A long period of low rainfall, leading to a shortage of water.

Soil: The black or brown upper layer of earth where plants grow.

Arable land: Land that is suitable for growing crops.

Ranching: the activity or business of breeding cattle. This takes place on a ranch.

Hay: Grass that has been cut and dried to be used to feed animals.

Cattle: Cattle can mean different things in different countries. The simplest way to think of cattle is that it is the plural of “cow”, and it is used to talk about cows as a collective idea. For example, we talk about “the cattle industry” and “cattle ranchers”.

Canola: A kind of seed used to make cooking oil. Canada, the European Union, China, and India are major producers of canola. Canola and canola oil. Canola is an important soft commodity.

Prairie: A large, open area of grassland. Prairies can be suitable for farming and cattle ranching.

So, let’s talk a bit about drought. Earlier this week, the Egyptian Minister of Irrigation and Water Resources Mohamed Abdel-Aty, said that water scarcity and desertification will threaten 100 countries including Egypt by 2050.

He is not the only one with that opinion. According to the International Fund for Agricultural Development (IFAD), and I quote:

“Drought and desertification threaten the livelihoods

of more than 1.2 billion people in 110 countries. The problem

is particularly acute in sub-Saharan Africa and Southern Asia.

Land degradation leads to greater competition for the

increasingly scarce resources upon which rural

communities depend for their livelihoods and survival.”

Conditions this year, at least so far, show little sign of improvement. Cattle ranchers are worried. The reason? It is simple: if there is not enough rain, there won’t be enough hay to feed their cattle. Because of this anticipated shortage of animal feed, some ranchers are already planning to reduce the size of their herd.

This drought follows multiple consecutive years of below-normal rainfall in the prairie region. Farmers and ranchers are hoping for a change, but experts say severe weather events –– like droughts –– will become more common in years to come due to climate change.