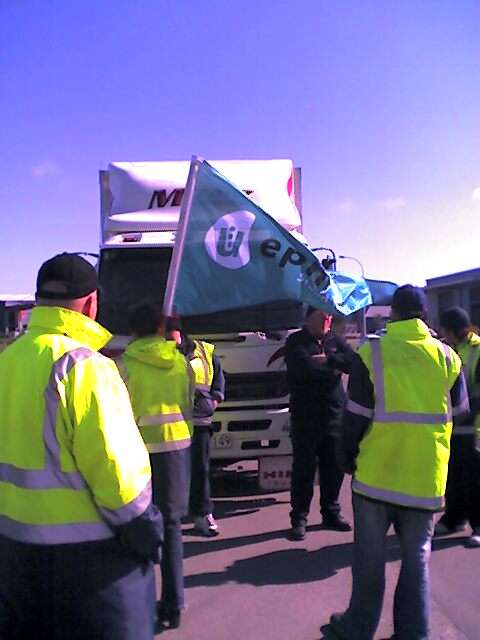 Our topic today is labor unions.

As always, let’s look first at some key vocabulary.

Labor Union: an organization of employees for dealing collectively with employers to improve –– for example –– safety standards, working conditions, and better wages and benefits. Expressions closely related to labor union are trade union and trade syndicate.

To strike: a refusal to work organized by the union as a form of protest, and to apply pressure on the employer during a negotiation. This is known as a “strike”.

To picket:  a group of people protesting outside a place of work, or some other location, trying to persuade others not to enter during a strike.

The general public hears about labor unions when there is a labor dispute.  That’s because when the negotiations don’t go well, the unions can sometimes take collective action to pressure their employers to meet their demands. This pressure can take many forms. One of the most well-known pressure tactics is for the union to call a strike, where workers refuse to work. Sometimes striking workers will even picket the company’s offices or factories. Have you ever seen this? Maybe on the news. I am talking about when striking workers gather together, some of them holding signs, sometimes chanting what they want. It is rare for labor disputes to deteriorate to a strike with workers picketing the offices. Both sides of the dispute usually want to avoid this type of conflict.