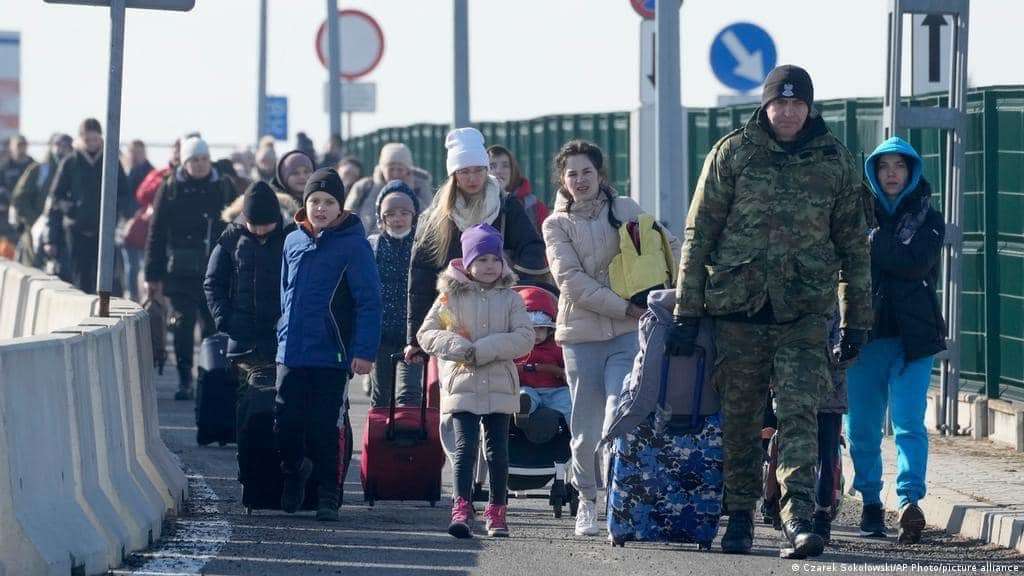 Let’s see what these words mean. Afterward, you’ll hear them used in a news summary.

To flee means to run away from a place or situation of danger.

Frontier means a border or a line separating two countries.

To seek refuge means to go to a place for shelter from danger.

A scheme is a plan or an arrangement.

More than 2.8 million people have fled Ukraine in the wake of Russia’s invasion to seek sanctuary in other countries, according to the U.N. refugee agency. So far, the vast majority are seeking refuge across the border in Poland. Poland has taken in more than 1.7 million refugees as of last Monday.

It is interesting to note that Slovakia has granted temporary protection to Ukrainians, a status that gives them free health care and permission to work.

Moldova, which has a relatively small population of 3 million, has now received over 100,000 refugees.   The prime minister said every eighth child in Moldova is a Ukrainian refugee.

Romania has taken in nearly 85,000 refugees. The Romanian government said all Ukrainian children on Romanian territory would benefit from the right to education in schools across the country

The UK has stepped forward with an innovative plan to offer homes to Ukrainians displaced by the war. The “Homes for Ukraine” refugee scheme places refugees in the homes of British people who will receive a subsidy of £350 a month from the government.

There is no doubt that the wave of refugees is a burden on the countries that are receiving them. Refugees require housing, food, health care, education for the children and other forms of humanitarian relief.

The number of eventual refugees will depend on the length and scale of the war, and of course on the post-war scenario. While many refugees will later return to Ukraine, others will decide to stay as immigrants in the countries that have offered them sanctuary.

Okay, friends. Did you understand the key vocabulary as it was used in the context of the news summary?

Here they are, one last time:

That’s all for this week’s lesson. Please follow this channel so we can stay in touch, and SHARE this lesson with anybody else you think would enjoy it.

The world needs people like you who can communicate across borders, now more than ever, so keep up the good work studying English. If you learned something new, hit the like button or leave a review. That is very helpful to me. So, until next time, this is Alan Robert.  Goodbye.