This is lesson number 44, and today’s topic is the carbon footprint and India’s tech sector.

So, check out this headline, which was published on the webpage of the Financial Times on June 12, 2022, and see how much you understand:

Let’s break this headline down to see what it means, and see which vocabulary can be useful for you to use.

The first word is ‘tech’.  Tech is short for ‘technology’. ‘Tech’ is absolutely acceptable as a replacement term. It’s faster and easier to say than ‘technology’. Tech.

And what does ‘IT’ mean? IT stands for Information Technology. So, the really big IT companies, the giants, are finding ways to reduce their so-called ‘carbon footprint’, in other words, they are reducing the amount of fossil fuels they rely on to power their companies. Reduce the non-renewable electricity, you reduce the carbon footprint. That’s the goal.

I encourage you to read the article. It is pretty interesting because it describes a new challenge faced by tech companies that are trying to reduce their carbon footprint.  You see, on one hand, these IT companies have been successful at reducing their dependence on non-renewable coal generated electricity that powers their corporate offices and installations, but on the other hand, they are now faced with a new problem. How do they measure and reduce the use of non-renewable electricity now being used by all of their workers that now operate out of home offices.   That’s a really good question!

https://youtu.be/9KNV15X_an8   Our English vocabulary selection today is about Elon Musk’s purchase of 44 billion dollars worth of shares of  Twitter last week. It was almost impossible to have missed the news, and that’s because Twitter is the favorite social... 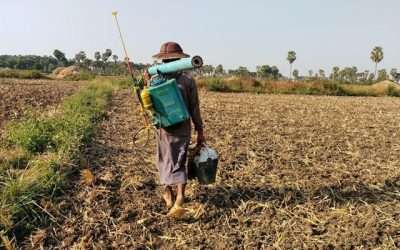 https://youtu.be/wk93MTzZYI8   Our English vocabulary selection today regards fertilizer. You know, fertilizer, the stuff you add to the ground where you are growing plants to make them grow better, and faster. Fertilizer is a very relevant topic since there is...