Economic Sanctions and Their Effect on Currencies | English Lesson 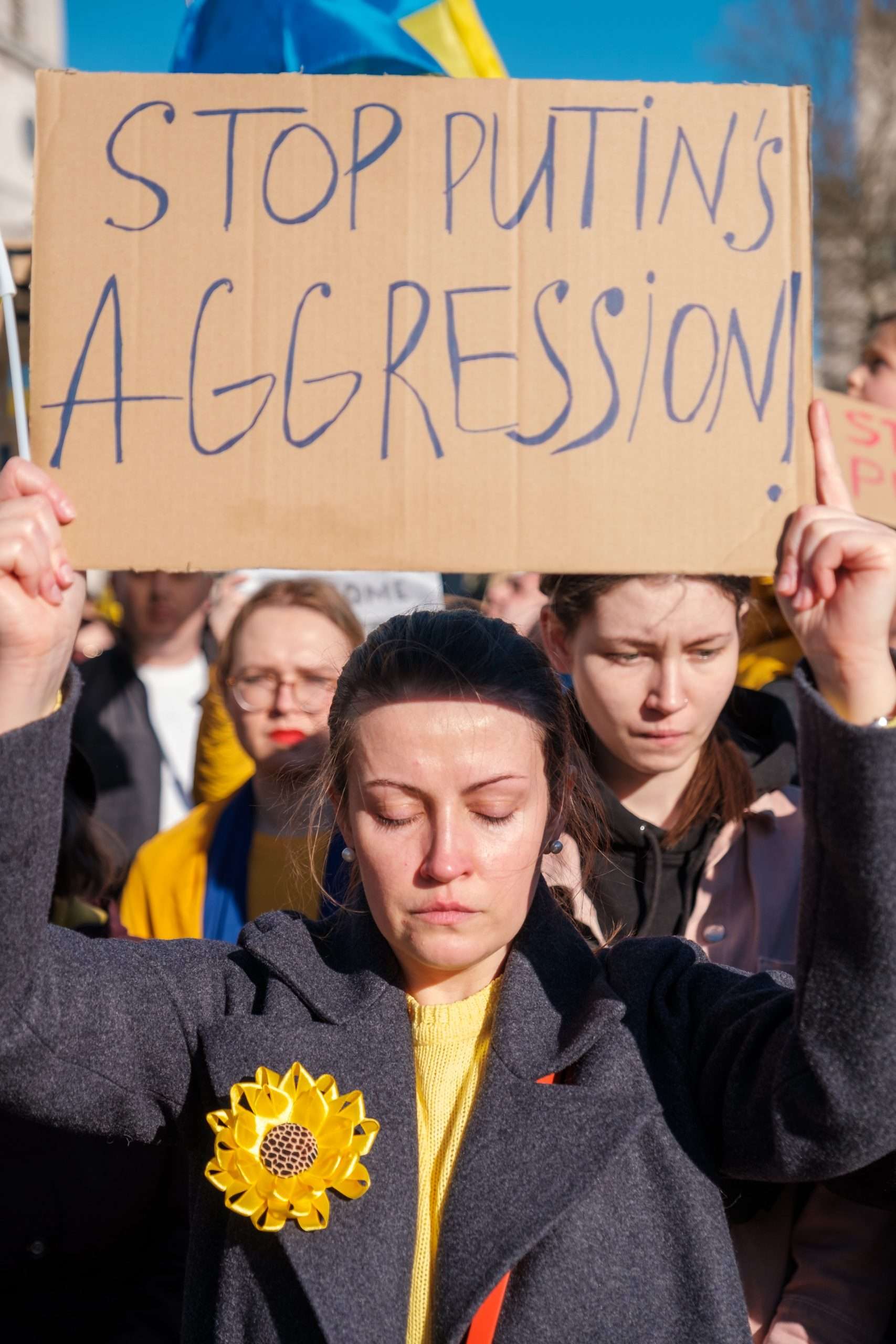 Hello and welcome. My name is Alan Robert, and today is March 01, 2022. Our vocabulary today is related to economic sanctions and their impact on currency.

Here are our keywords and expressions. You will hear me use them later in context. Listen closely:
Economic sanctions: Commercial and financial penalties applied by one country against another. Note the verb I used: Apply. Countries apply sanctions. You can also say that countries “impose” sanctions or “levy” sanctions. So, you apply, impose and levy sanctions.
Ruble: Russia’s currency. Note the pronunciation.
Slump: To suddenly decrease in value. Other words you can use are “plunge” and “plummet”. It’s often used to talk about the fall in the value of a currency.
Bank run: When large groups of depositors withdraw their money from banks at the same time. This causes extreme stress on the bank.
Queue: A lineup of people is a queue. You can also use it as a verb: “to queue” means “to line up”.
ATM: ATM stands for Automated Teller Machines, the machines you use to access your bank account and withdraw cash.
To shore up: to support something in order to keep it from falling.
Downgrade: To reduce to a lower rank.
Junk status: Below an acceptable investment grade.

The most important news this week, without a doubt, is the military invasion of Ukraine by Russia. Most countries have been quick to condemn the aggression and many major economies have applied economic sanctions to punish Russia.
These economic sanctions levied against Russia have had a dramatic impact on Russia’s currency, the ruble. On Monday, the ruble slumped 20%. This sudden fall created a panic among some Russians who began to queue at the ATMs to withdraw cash.
These Russians fear that the ruble will continue to plunge because the United States, the European Commission, Canada, and the UK took measures to freeze the majority of foreign reserves held by Russia’s central bank. If the central bank cannot access these reserves, it becomes more difficult to shore up the ruble and to prevent it from plummeting further.
International rating agencies have already moved to downgrade Russia. S&P has lowered Russia’s credit rating to “junk” while Moody’s has put it on review for a downgrade to junk status.
If the value of the ruble continues to plunge, this will eventually mean a lower standard of living for Russians as the price of goods and commodities that Russians import will become significantly more expensive.

Alright, are you now familiar with the meanings of the following words and expressions?